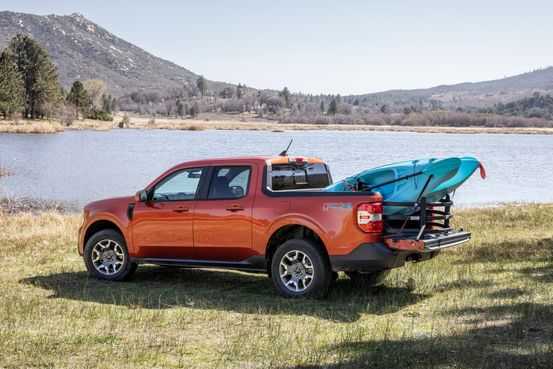 Pickup trucks in the U.S. have trended for years toward the bigger, brawnier and more expensive. Now, Ford Motor Co. is reversing course, with plans to sell a diminutive hybrid truck with a price tag—and gas mileage—similar to that of a compact car.

Ford on Tuesday revealed the Maverick, a pickup truck with a body comparable in size to a compact SUV, such as a Ford Escape. Its starting price of $19,995 will make it the least-expensive vehicle in Ford’s U.S. lineup when it goes on sale this fall.

The nation’s No. 2 auto maker is betting that some people who own sedans or small sport-utility vehicles would like the versatility of having a flatbed, but don’t have the budget or garage space for a big, gas-guzzling truck, such as Ford’s F-150 or midsize Ranger pickup.

“I think we’ll get a lot of first-time truck buyers, people who really didn’t consider a truck before, because it was either out of reach or it was too big for them,” Ford product chief Hau Thai-Tang said. He said he expects the Maverick will appeal to a more diverse set of customers, including women.

Pickup trucks have long been a strength for Ford and rivals General Motors Co. and Stellantis N.V . ’s Ram brand.

The news that visitors to Changi Beach were digging...
Read more
Load more