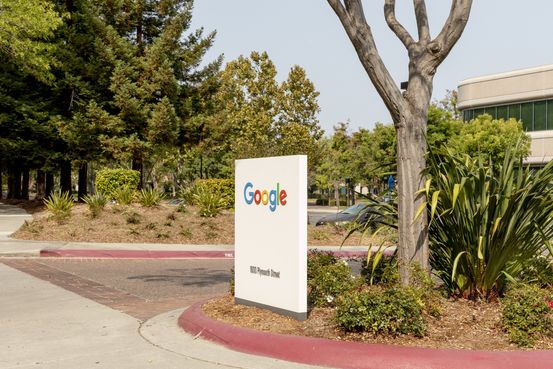 Google is nearing a settlement of an antitrust case in France alleging the company has abused its power in online advertising, and is likely to pay a fine and make operational changes, people familiar with the matter said.

The French case is one of the most advanced in the world looking at Google’s dominance as a provider of tools for buying and selling ads across the web.

As part of the case, France’s Competition Authority alleged that the company’s advertising server—historically known as DoubleClick for Publishers (DFP) and used by most large online publishers to sell ad space—gave Google’s online ad auction house, AdX, an advantage against other auction operators, the people said.

The authority also alleged other forms of self-preferencing between Google’s advertising technology tools, they added.

To settle the French charges, Google has offered to improve the interoperability of AdX with advertising servers run by other companies, as well as to remove some other obstacles faced by competitors, some of the people said.

The settlement still must be approved by the authority’s board, which could reject the deal, the people said. If approved, the settlement could be announced in coming weeks, they said.

As part of the settlement, Google would neither accept nor deny culpability, the people said. Its proposed changes would be binding only in France, but could be adopted more broadly by the company, some of the people familiar with the matter said. Publishers and ad-tech companies elsewhere in the world, including the U.S., have raised similar concerns about the workings of Google’s products.

Google declined to comment on the case. In a statement, a spokeswoman said, “Our third-party ad tech products work with both our partners’ and our competitors’ products, including over 700 advertiser platforms and 80 publisher platforms.” The spokeswoman added, “We continue to take in feedback and make updates to better serve users and the wider ecosystem.”

Google’s business of brokering the sale of ads, part of a business that accounted for 13% of Alphabet’s $182.53 billion in total revenue last year, has been a source of headaches with antitrust regulators.

A group of U.S. states led by Texas sued Google in December for allegedly operating a digital advertising monopoly. The U.K. competition authority kicked off an investigation in January into whether Google’s plan to remove user-tracking tools called “cookies” from its Chrome browser could hurt competition in the online ad industry. The European Commission, the EU’s top antitrust regulator, has also been investigating Google’s advertising business.

Publishers and ad tech rivals have grumbled for years that Google’s ownership of the market-leading tools for buying, selling and auctioning ads—as well as its own role as the owner and operator of its own advertising products like Search and YouTube—creates a conflict of interest that is harming competition in online advertising.

The French case, which was previously reported by French news website Journal du Net, stems from a complaint brought to the authority in 2019 by

In November, Le Figaro joined a group of French newspapers that agreed to license their content to Google for a fee. Le Figaro is no longer involved in the complaint in the French case, the people said.

chief executive of Le Figaro publisher Groupe Figaro, confirmed that his newspaper had been one of the initial complainants, adding that the company had withdrawn from the case “because our priority was to negotiate our content rights with Google, rather than pursuing the advertising complaint.”

Thierry Hugot, Rossel’s marketing and commercial director, confirmed that his company was among the complainants in France, but declined to comment further “because the case will be concluded in the coming weeks.”

News Corp, which owns The Wall Street Journal, has also made a pact with Google to be paid for its content, but remains the lead complainant in the case, the people familiar with the matter said. News Corp hasn’t actively engaged with the French authority since it signed its commercial deal with Google in February, one of the people said.

“We are pleased with the progress on our global deal with Google, which we believe acknowledges the value of our content and provides a solid framework for a sustainable and rewarding partnership in the years ahead,” said News Corp spokesman

News Corp has historically been a vocal critic of Google’s role in the advertising technology industry. The company filed a complaint with Australian regulators in March 2019 outlining a host of allegations that Google’s buying and selling tools preferenced each other in anticompetitive ways.

The French authority had signaled its interest in potentially anticompetitive behavior by large tech companies in what it called the “ad intermediation” sector, producing a report on the topic in 2018.

Write to Sam Schechner at sam.schechner@wsj.com and Keach Hagey at keach.hagey@wsj.com

Corrections & Amplifications
The existence of a French antitrust investigation into Google’s tools for buying and selling ads on the web was previously reported by the French news website Journal du Net. An earlier version of this article incorrectly said the case hadn’t been previously disclosed. (Corrected on May 28)