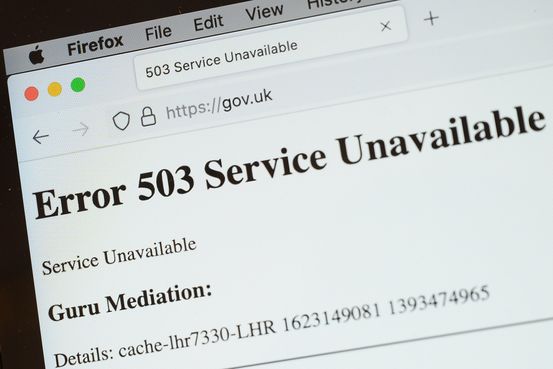 Dozens of websites in the U.S. and Europe were inaccessible early Tuesday, with at least one internet outage tracker reporting widespread disruptions.

Fastly, the operator of a content-delivery network service that many websites use to help speed the loading of their web pages for users, reported issues with its services on Tuesday morning, though it was unclear whether the broader website outages were related. “We’re currently investigating potential impact to performance with our CDN services,” the company said in an online-status page.

At 6:44 a.m. E.T., Fastly’s status page indicated the company had identified a problem with its service, saying a fix was being implemented.

Most of the websites that went down displayed a simple error message in plain text, saying, “Error 503 Service Unavailable,” and including other codes.

Shortly before 7 a.m. many of the websites affected began to come back online for at least some users.

Joshua Bixby, Fastly’s chief executive, said the company was investigating the issue, but that it was not attack-related.

“We’re remediating as we speak,” he said. He declined to comment on whether the problems with Fastly’s service were directly related to the swath of websites that were down, but said the company would provide an update.

A little before 7 a.m. E.T., Fastly’s status page updated to say a fix had been applied and told customers to expect global services to return.

Write to Sam Schechner at sam.schechner@wsj.com and Parmy Olson at parmy.olson@wsj.com