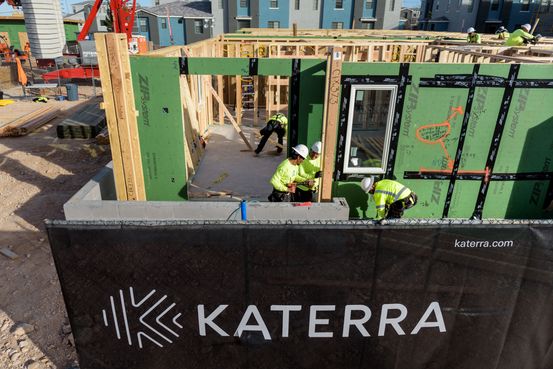 -backed construction company Katerra Inc., which ran into problems trying to shake up the building industry, has filed for chapter 11 bankruptcy protection in the U.S.

Katerra said separately Sunday that it had secured commitments for $35 million in debtor-in-possession financing from a SoftBank Group unit to fund operations during the chapter 11 process. Katerra’s international operations aren’t affected by the bankruptcy filing, the company said.

In December, SoftBank agreed to invest $200 million to bail out Katerra, which came on top of the roughly $2 billion SoftBank had already invested at that point. At the time, Katerra’s chief executive said the new investment would enable Katerra to avoid having to seek bankruptcy protection.

Founded in 2015, Katerra tried to compete with established builders by assembling building parts in factories and offering services such as plumbing and architecture under one roof.

But some of the company’s projects were plagued by delays and cost overruns, while its aggressive growth strategy and a high debt load depleted its cash reserves. The Covid-19 pandemic, which delayed construction projects in some cities, added another challenge.

Katerra has been connected with the troubles of another SoftBank-backed company that filed for insolvency protection, Greensill Capital.

In a statement, Katerra said its finances deteriorated because of Covid-19 and its inability to procure bonding for construction projects following what it called the unexpected insolvency proceedings of its former lender. The company said it has told stakeholders that “many of its U.S. projects will be demobilizing.”