What Should You Keep in a Market Correction: Winners or Losers?

With the stock market at or near record highs and so much good news baked into stock valuations, many investors are wondering whether we are due for a market correction. History has little to teach us there. Again and again, investors who try to time markets typically get it wrong.

But history offers us a valuable lesson as to what happens—and which stocks best survive—when prolonged declines do occur. Many people assume it is the highflying stocks that suffer most in a correction or bear market, but we found it is the opposite group that falls the most when markets tumble.

To explore this issue, my research assistant, Elan Guzman, and I dug into market data from 11 occurrences over the past 30 years in which the S&P 500 fell 10% or more before returning to its former high. The median length of these downturns was 65 days.

Using all Nasdaq- and NYSE-listed companies as our universe, we looked at returns for each stock over a one-year period up to the start of each correction. From this data, we identified the companies that made up the top 25% in terms of returns and labeled them “winners.” We also found the bottom 25% and labeled those “losers.”

Next, we looked at how those two groups performed during the downturns to determine which one suffered less during those periods.

When I set up this experiment, I predicted that the losers would be the group that outperformed during such periods. But it was the opposite: The winners were the outperformers. 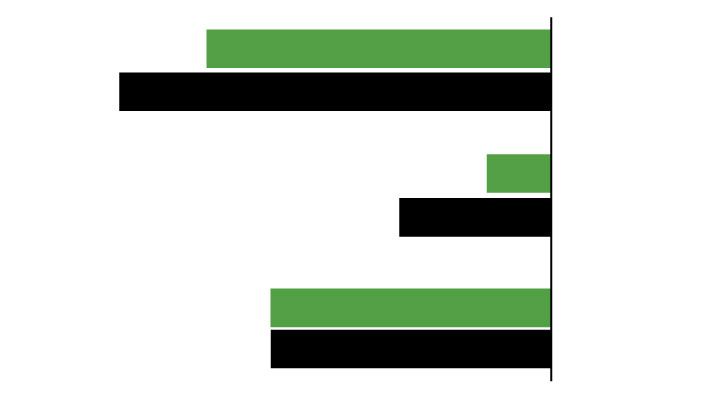 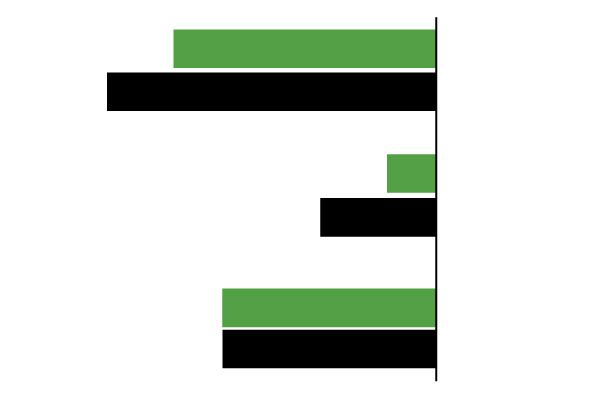 My initial lack of faith in the winners followed the conventional thinking that highflying stocks would crash the most quickly in a downturn, as investors realized that valuations for these hot companies were out of whack.

But when we looked at how our winners and losers performed during the first and second halves of each downturn, the outperformance by the winner stocks—a 4.96-percentage-point difference—came entirely in the first half each time, signaling that investors quickly sell loser stocks during downturns. Winner stocks on average dropped just 3.62% in the first half, while loser stocks lost 8.58%. In the second half, winner and loser stocks appear to do equally badly (minus 15.87% vs. minus 15.85%). Another interesting detail: Stocks that did well in one downturn (beating the S&P 500 over the period) also had a 62% likelihood of beating the average again in the next downturn.

The historical patterns noted here are apparent in the most recent market downturn. In 2020, as Covid-19 and the lockdowns hit, the market plunged 34% between Feb. 19 and March 23. Over this period, the average winner stock lost 40.79% of its value and the average loser stock lost 44.40%. The outperformance by winner stocks was entirely defined in the first few weeks: Winner stocks fell 11.20% while loser stocks fell 15.76%. And in the second half of the correction period, each group had very similar returns (minus 29.60% vs. minus 28.64%).

What all of this means for the average investor is that when a correction hits, rotating out of one’s loser stocks more quickly and into winners might just save you a few percentage points in a down market.

Dr. Horstmeyer is a professor of finance at George Mason University’s Business School in Fairfax, Va. He can be reached at reports@wsj.com.

adminhttps://go8ktv.com
Previous articleConsumers Try on Sexier Styles for a Post-Pandemic Summer
Next articleHere’s Why the Fed Isn’t Frightened by the Jobs Report

Store Brands Could Make a Name for Themselves This Year

We thank The Sunday Times (Showcasing the legacy of...
Read more
World